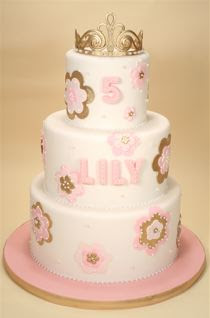 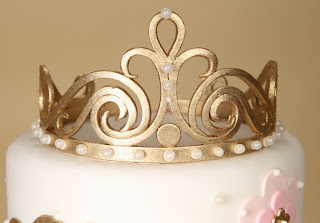 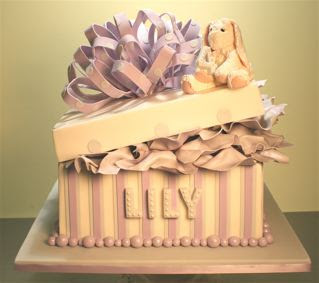 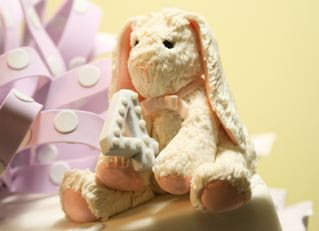 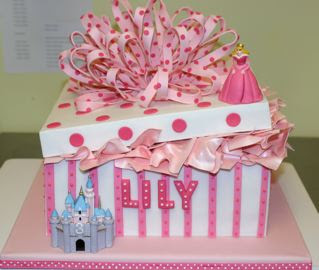 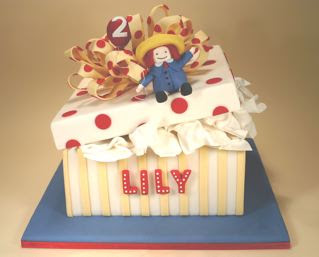 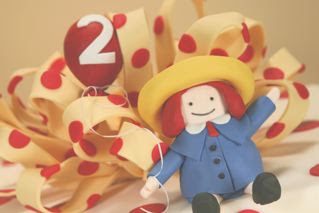 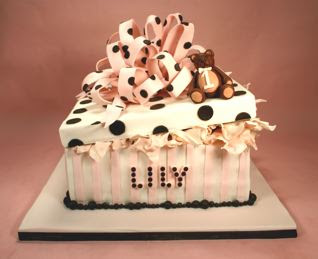 As Lily gets bigger you can see our cakes get better. Happy Birthday Lily!
Posted by Elisa at 2:38 PM

Wow! I love this post to see the past 5 years of cake for the same little girl. They are all gorgeous!

How fun to see all of LiLy's birthday cakes!! They are all fantastic!!

Hi Elisa, your cakes are beautiful. I want to try to make the box cake with the lid open like yours. I wonder how you put the lid? Do I need dowel to support it? Thanks Elisa :)

Hi Elisa, finally I made the shoe box cake. Thanks again for your idea. My customer loves it.